The Training Center at Cape May has an interesting history from its establishment in 1917 as a Navy “Section Base.” The base was first established for vessel support, communication points for coastal patrols, and training.The buildings used on the base actually originated as a an amusement center, with the skating rink becoming a mess hall and sleeping quarters, among other neat conversions.

In 1918, the old wooden structures on the base burned to the ground and were replaced by more modern structures (for the time). After WWI, the Navy was pushing into their interest in large dirigible airships, or balloons. An impressive custom hangar coming in at 700 feet long and over 100 feet tall was added to house a humongous airship being built by the British, called the ZR-2. Unfortunately, the ZR-2 crashed on its test flight and the Navy lost all interest in the craft.

In 1924, the U.S. Coast Guard arrived to the base for the first time and established air facilities that would be used by United States Customs. When the prohibition came around, several cutters were assigned to Cape May where they were tasked with catching rum runners off the coast of New Jersey. When the prohibition era ended, the Coast Guard left Cape May almost entirely, aside from a small rescue group still assigned to the base. There was even a short period of time where a portion of the base was put into use as a civilian airport.

When WWII became visible on the horizon, the Navy returned to Cape May to train pilots to fly from aircraft carriers. Upon their return, the Navy also had a large airstrip added to the base. Around this same time, the Coast Guard heavily increased their presence on the base as well. Specifically, they added to their anti-submarine group, air and sea rescue group, and coastal patrol group. 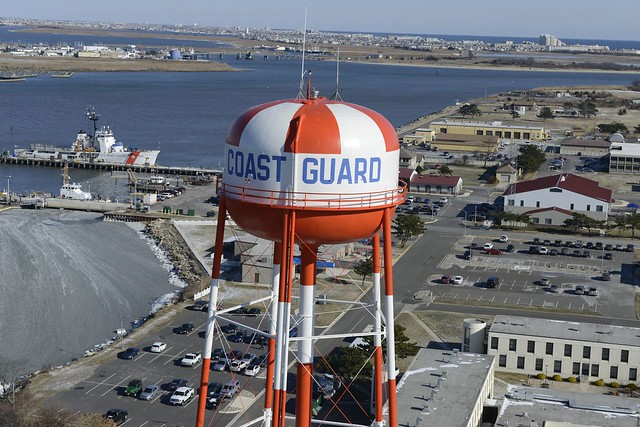 I am a recent graduate from the University of Idaho with a bachelor's degree in marketing.

We have been developing our retail end of Popular Patch for over a year and have finally made it a well oiled machine. So, part of our 5 year plan has been to create a custom patch division to offer...

Continue Reading
link to ​What is a Shellback in The Navy & How Are Individuals Initiated?

The Navy has its share of ceremonies and traditions that date back centuries in the western arena ofthe globe. The traditions followed by the Navy also find its mention in various mythologies. The...

While serving in the Navy, Don McGrogan began collecting military patches. At that time, it was impossible to find patches for most units, so he began having patches made. After serving 26 years in the Navy and retiring a Senior Chief E8, Don McGrogan's love for collecting and selling patches turned into a business.

Now, three generations later and his passion for military patches continues. You might say patches are in our blood. We hope to continue to be the worlds largest provider of commemorative military emblems and welcome you to join us on our journey.